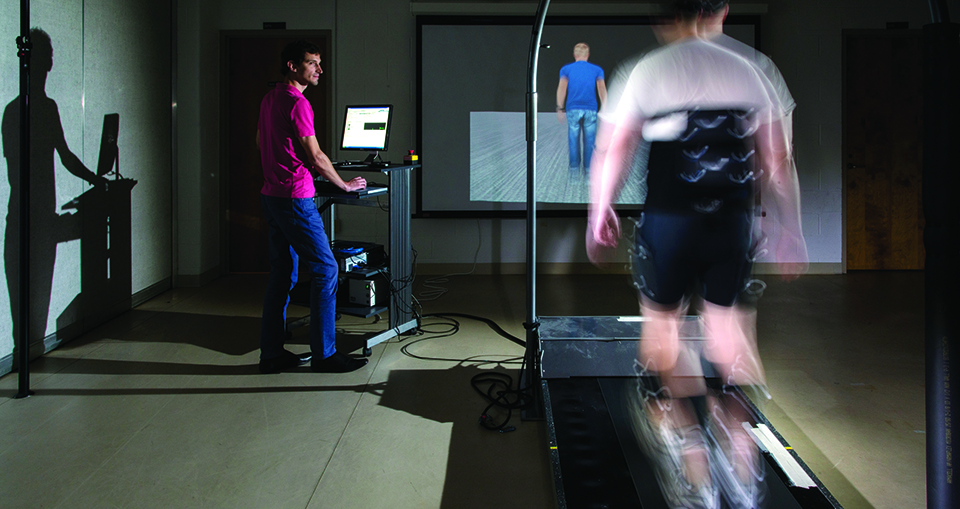 If you walk into Dr. Chris Rhea’s research lab, you might think you’ve walked onto an animated movie set or into the planning stages for video game graphics. At any given point, there’s likely someone covered in reflective dots, walking on a treadmill, or being filmed by a 3D high-definition camera that records the body as a stick figure.

But what you’re really seeing is novel, state-of-the-art research into how individuals who’ve suffered a stroke or had an amputation might learn to reclaim their normal walking patterns.

Rhea’s lab is one of roughly 10 nationwide contributing to this type of research. The main tool supporting his work is virtual reality, or VR. VR itself isn’t new, but it’s just now being applied to this type of medical research, making Rhea’s investigations groundbreaking … read more 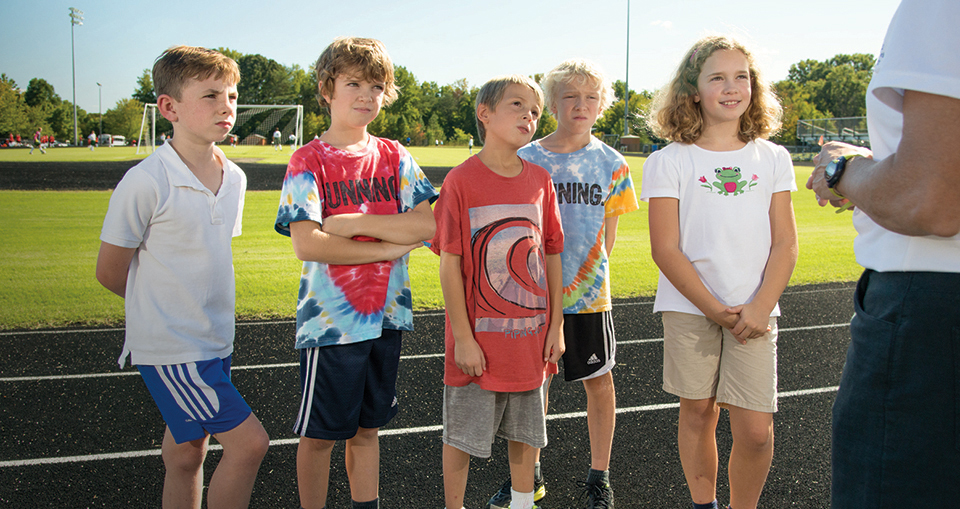 Exercise for a lean, strong mind

Entire finds positive links across lifespan between exercise and recall

Physical activity has always been important to Dr. Jennifer Etnier, but she never wondered about how it might impact mental capacity and thought processes until her parents repeatedly asked her to help program their VCR to record football games. Her mother eventually grasped the concept, but her father never did.

To date, that answer has been unclear. Being able to say “yes” could make it easier to motivate older adults to exercise more — if they’re concerned about maintaining their cognitive capacity. Now, Etnier is beginning to do just that. Initial results from her two-year National Institutes of Health-funded research study show staying active can safeguard mental capabilities. In fact, that benefit extends all the way down to school-age children … read more

It’s no secret that playing football puts players at risk for sustaining a concussion. Research on this topic has accelerated over the past decade, with most work focusing on male players. But women play collision football too, and their numbers are growing.

This rise has researchers asking whether women experience concussions differently and if they need different assessments, treatments, and guidelines. Dr. Donna Duffy and her colleagues are trying to find these answers. It’s imperative, she says, because female football players are just as physical as their male counterparts while facing a high risk of injury.

This year, UNCG became the official research arm for the Women’s Football Foundation, or WFF. With WFF support, Duffy and her collaborators want to investigate whether female collision sport athletes have different normal neurocognitive and neuromotor performance. She also wants to determine whether women’s performance drops after sustaining a concussion, how long those changes will last, and whether there are any long-term effects … read more

Researchers have known for decades that women are more likely than men to suffer injury to the anterior cruciate ligament (ACL) — the ligament responsible for stabilizing the knee during jumping, landing, pivoting, and changing speeds. But the reasons behind this difference are still fuzzy.

Dr. Sandra Shultz has been at the forefront of these investigations since the late 1990s, looking specifically at how hormones might affect knee laxity in women.